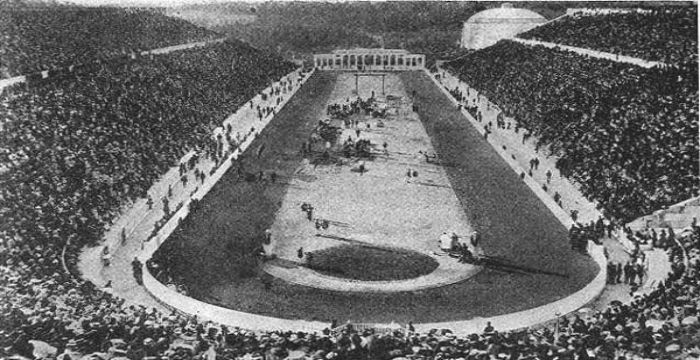 On April 6, 1896, the first modern Olympic Games were held in Athens, at the Panathenaic Stadium with athletes from 14 countries participating and Greek Spyros Louis winning in the marathon run.

The International Olympic Committee met for the first time in Paris in June 1894 and chose Greece as the site of the inaugural modern Olympiad, appropriately since Greece is the place where the Olympic Games originated.

The ancient games are believed to have started in 776 BC in Olympia, in Peloponnese,  where athletes competed in one event: a foot race. Over the years, other events were added, including chariot racing, boxing, wrestling, and the pentathlon.

Participants, who were young men from Greek city-states and colonies, often competed in the nude, as a way to celebrate the human body. The last ancient Olympics are thought to have taken place in 393 AD.

Greek runner Spyros Louis won the marathon run, sending the home crowd into a frenzy. America’s James Connolly became the first modern Olympic champion when he won the triple jump on the opening day of the Games. For his achievement, he received a silver medal and an olive branch.

Host Greece, France, Great Britain, and Germany had the largest number of athletes participating. However, it was the United States that took home the most medals (11), followed by Greece (10) and Germany (6).

Overall, America placed first, second or third in 20 events while Greece scored in 46 events and Germany placed in 13 competitions.