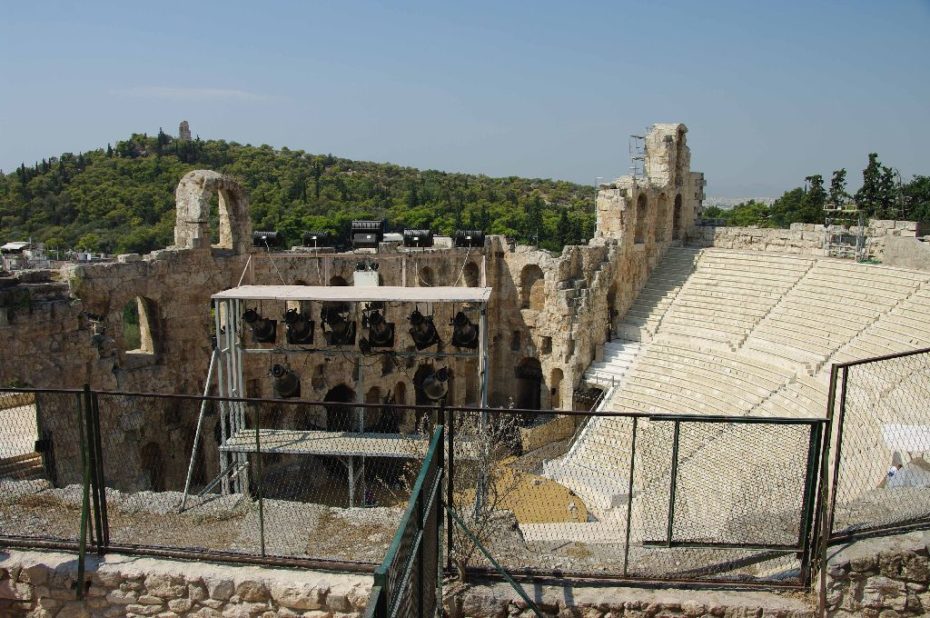 Ηeld annually from late May till mid of August, the Athens & Epidaurus Festival is the oldest continuously running festival in Greece and one of the oldest performing arts festivals in Europe, hosting numerous major Greek and world-famous performing artists and attracting large crowds of both local and international visitors.

Today, the Athens & Epidaurus Festival is the foremost cultural institution in the country, catering to all tastes, offering both classical performances, such as ancient Greek tragedy and comedy, and cutting-edge, avantgarde productions. Greek and internationally acclaimed artists alike meet in this celebration of theatre, music, dance and visual arts, sharing their work with diverse audiences. Visitors from around the world have a unique opportunity to participate in this veritable feast of art, as well as enjoying the natural beauties of the magical Greek landscape.

Odeon of Herodes Atticus: A midsummer night’s dream in the shadow of the Acropolis

Built below the sacred rock of the Acropolis in the 2nd century BC, the Odeon of Herodes Atticus is widely considered one of the most iconic theatres in the world. Since the inception of the Athens Festival in 1955, legendary artists have performed at the Odeon, including Maria Callas, Herbert von Karajan, Igor Stravinsky, Rudolf Nureyev and Leonard Bernstein, to name but a few.

10 July
Maria Farantouri – ERT Contemporary Music Orchestra – Conductor Anastasios Symeonidis
Shall We Go to the Movies?
Songs and music from the world and Greek cinema

Ticket prices:
For most performances upper tier regular ticket at 10 – 15 € and lower tier at 20 – 100 € (all prices at greekfestival.gr)related articles