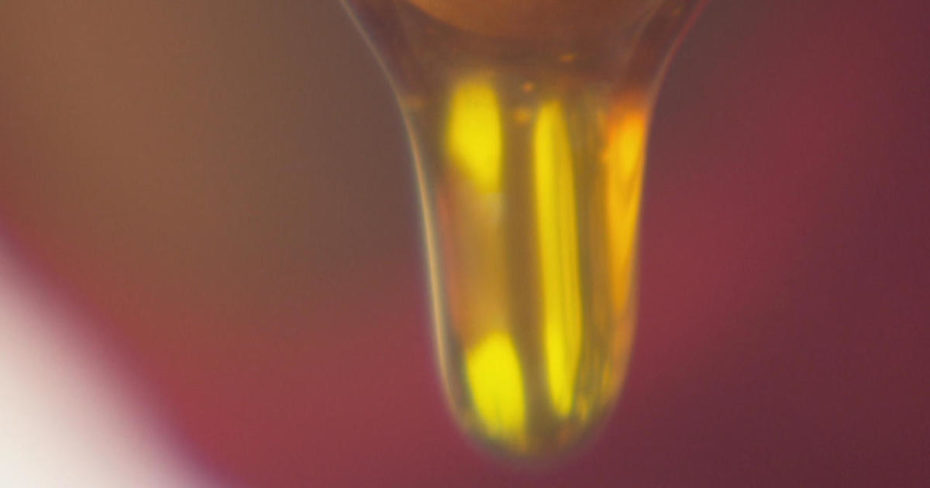 Not far from the picture-perfect tourist hubs of Santorini and Mykonos, where cruise ships unload tourists by the thousands, sits another Greek island, more rugged but no less remarkable. Ikaria is off the beaten path.

Up the winding mountain roads of this isolated isle, you’re likely to notice brightly-painted boxes dotting the landscape. And what’s happening inside those boxes is generating some buzz: Bees busy making a rare honey that locals believe is one of the secrets to a long life.

Beekeeper Andoni Karimalis explained to correspondent Jonathan Vigliotti that people on the island have been eating the honey for generations, to keep healthy and strong well into old age.

At work in her weaving studio, 109-year-old Yaya Joanna agrees there is something special about it.

So does 87-year-old-beekeeper Giorgos Stenos. He eats the honey “every single day.”

Chef Diane Kochilas says she has a spoonful every morning. 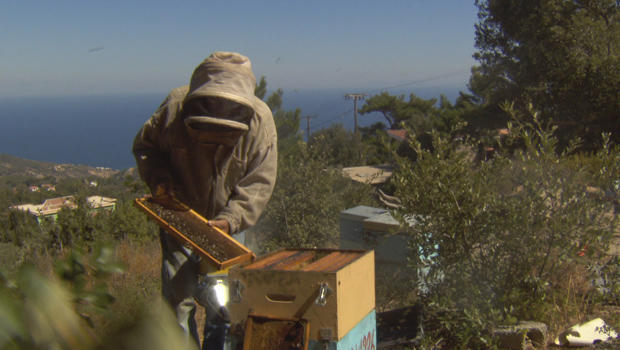 A beekeeper collects honey on the Greek Island of Ikaria. Source: CBS News

“So, when the locals here say it’s like their medicine, their daily vitamin, there’s truth to that?” asked Vigliotti.

“There is truth to that,” she replied. “And the local older guys say it’s nature’s Viagra. I don’t know if I should be telling you that!”

To our knowledge, that claim hasn’t been tested. But research has found that people here have among the highest life expectancies in the world. And the University of Athens concluded that Ikarians are more than twice as likely as Americans to reach age 90, often in better health.

Kochilas said, “What was it in ‘Mary Poppins’ – ‘Just a spoonful of sugar helps the medicine go down’? Well, a spoonful of honey, you don’t need medicine!”

For centuries humans have valued honey for its medicinal properties. And in Ikaria, known in ancient times as the “healing island,” the honey is different from that found on most supermarket shelves.

“First of all there’s no industrial farming on the island,” said Kochilas. “There’s very few commercial undertaking whatsoever. So, nature is pretty pure.”

As a result, the pollen and nectar collected by the bees is free of chemicals and pesticides normally found in commercial or private farming. And unlike most honey sold in the U.S., Ikarian honey is also unheated, unfiltered, and unpasteurized – all processes which can destroy the natural vitamins and minerals.

In other words, said David Kahn, “It’s going from the bees to somebody’s mouth. Andoni (the beekeeper) is just facilitating.” CBS News

David and his wife, Robyn, are also helping spread the word. The American expats who moved to the island a decade ago for a simpler life, introduced Andoni to a distributor in the U.S.

“When we first came, we had a lot of friends that would want the honey because we had it at our house,” said Robyn. “They were like, ‘What is this? It’s so great?’ So, he kept going up to Andoni all the time. They said, ‘Where can we order this stuff?'”

So, how does Diane Kochilas feel about word spreading? “I have to be honest, that’s a double-edged sword, because we want to share, of course, the goodness. But we also want to retain the purity of the place and keep it more or less as it is.”