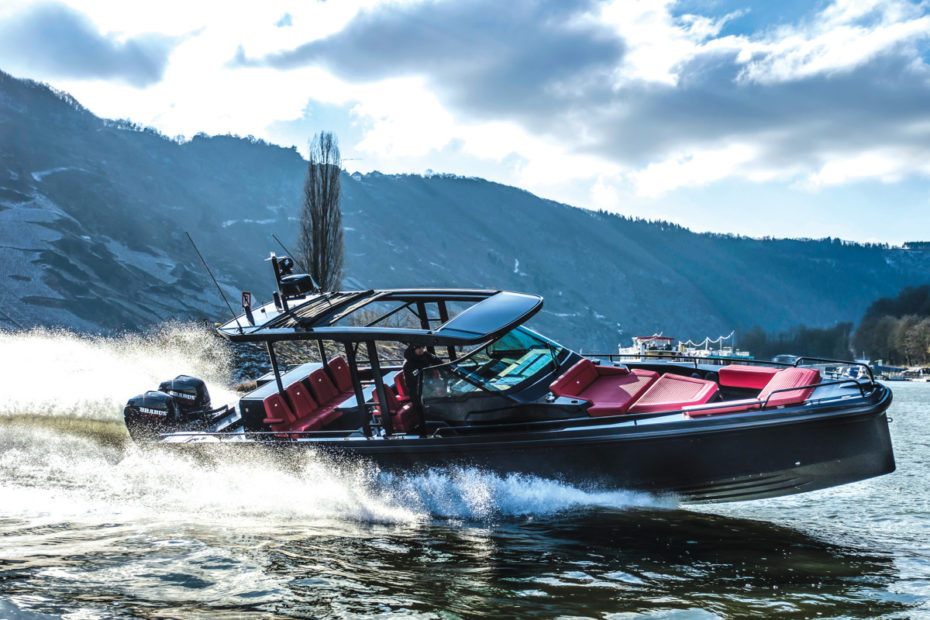 Axopar will build only 20 hulls of the Brabus Shadow 800.

While relatively unknown in the United States, Brabus is a household name in Europe and Asia. Founded by entrepreneur and auto enthusiast Bodo Buschmann, the company specializes in taking luxury cars and customizing each to meet a discerning client’s needs. For example, if you want your Mercedes-Benz CLS-Class to reach speeds of 225.2 miles per hour, you bring it to Brabus and the company will soup it up for you. (Yes, that really happened.)

So, the Brabus Shadow 800 by Axopar is exactly what you think it would be: a specialized Axopar of which only 20 will be made. Built on the proven hull of the Finnish company’s 37 Sun Top, the boat is filled with design and engineering touches crafted by Brabus. 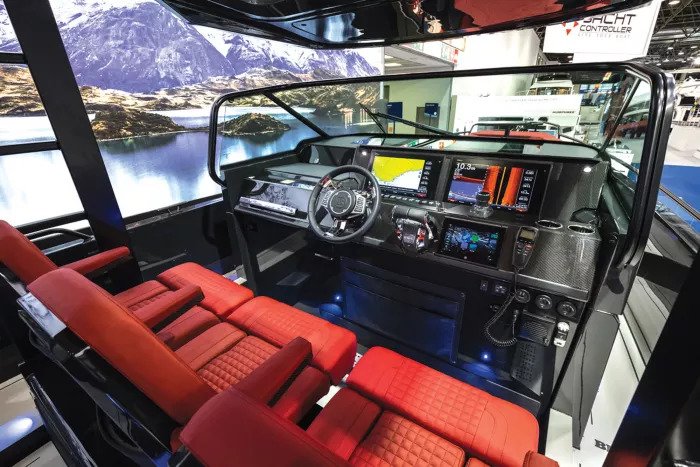 As the curtain was yanked off the angular new Axopar to the sound of reverberating applause in the convention hall of the Düsseldorf boat show, it was immediately clear that this was one, err, 20 of a kind. The black paint scheme, dark carbon fiber everywhere and rich, red leather made it clear this boat was built to perform. 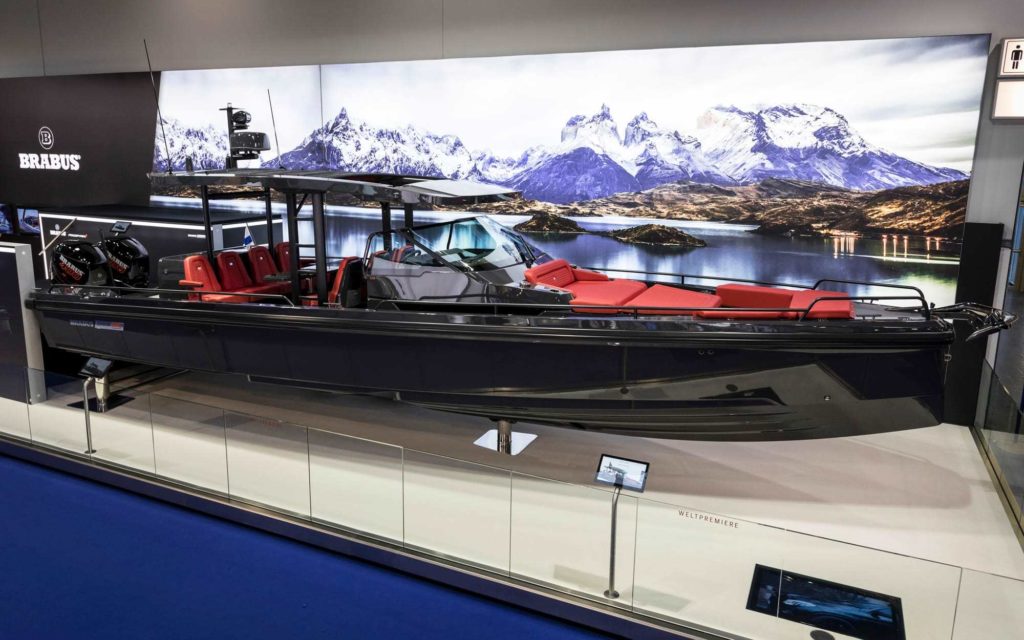 Axopar founder Jan-Erik Viitala agreed with that as he walked past its twin 400-horsepower Verados: “Bodo bought an Axopar 37 as a chase boat for his bigger yacht and loved the handling of the boat, the performance and the appearance. He’s an entrepreneur who specializes in enhancing beautiful things. This was a natural partnership.” 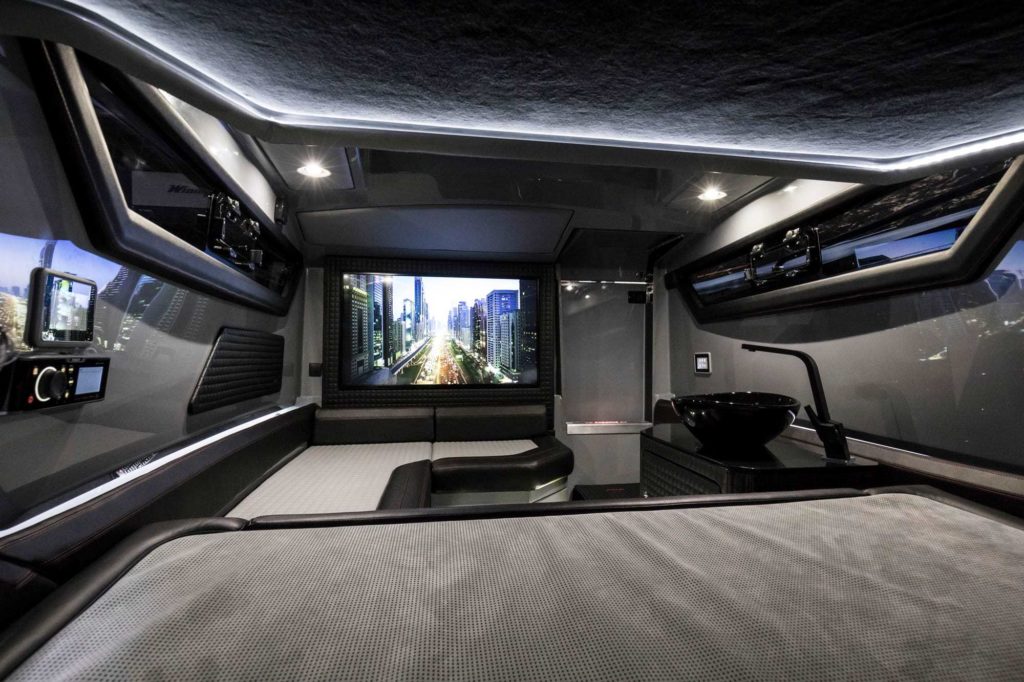 Viitala predicts that for many owners in Spain’s Balearic Islands, the 37 will be a second boat, to be used as a tender.

“It’s called a shadow because [for many] it’s going to be a chase boat that follows in the shadow of a superyacht,” he says. With a cruising speed of 40 knots and a top end over 50 knots, it’s likely to outrun any mothership, and with a low freeboard, it will get you closer to the water than most boats in its category. It’s equally adept as a day boat or weekend cruiser, with three social spaces (aft, amidships and in the bow).

After standing at the helm and daydreaming about blasting from Florida to the Bahamas, I finally poked my head into what I was sure was going to be a tight cuddy of a forward cabin. The space was surprisingly large and unsurprisingly luxurious. A sitting area, head, galley and double berth all ensconced in dark leather made the space welcoming. The 42-inch TV and custom lighting quickly turned the cabin from a sleeping space to a first-class cinema.

Exclusiveness. That’s what Viitala wants this series to exude, and the 800 did as we stepped off to let the gathering crowd of gawkers climb aboard. Despite this, the boat is priced competitively at $490,000.

Because the 800 Shadow has the performance this brand is known for plus luxury custom features, I don’t think it will stay in the shadows for very long.