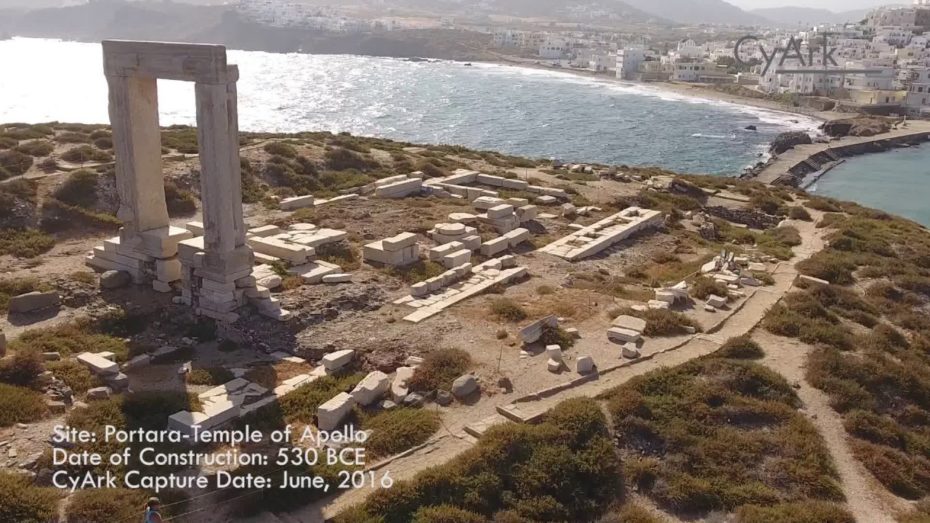 .entry-header The Temple of Apollo on the Cycladic Island of Naxos is the latest addition to the Google Arts & Culture platform and its Open Heritage Gateway, to digitally record important monuments in the world.

Google launched the Open Heritage Gateway last year on the occasion of World Heritage Day and has since been adding to its database information and videos giving 3D views of the monuments.

This year the company announced it has further expanded this programme, making the history and data of digitized monuments available to future generations of researchers and students. The collection includes iconic monuments as well as “amazing places that have been damaged by war and modern development,” Google said on its site.

This year, an additional 30 endangered World Heritage sites were added to the Google Arts & Culture platform, besides the Temple of Apollo: the Thomas Jefferson Memorial in the US, the Tu Duc tomb in Vietnam, Syrian monuments, and others.

The temple of Apollo, built but left unfinished in the 6th century BC, still preserves a tall marble gate visible by incoming ships that have become an iconic landmark of Naxos.

For further information, you can visit https://artsandculture.google.com/project/openheritage.