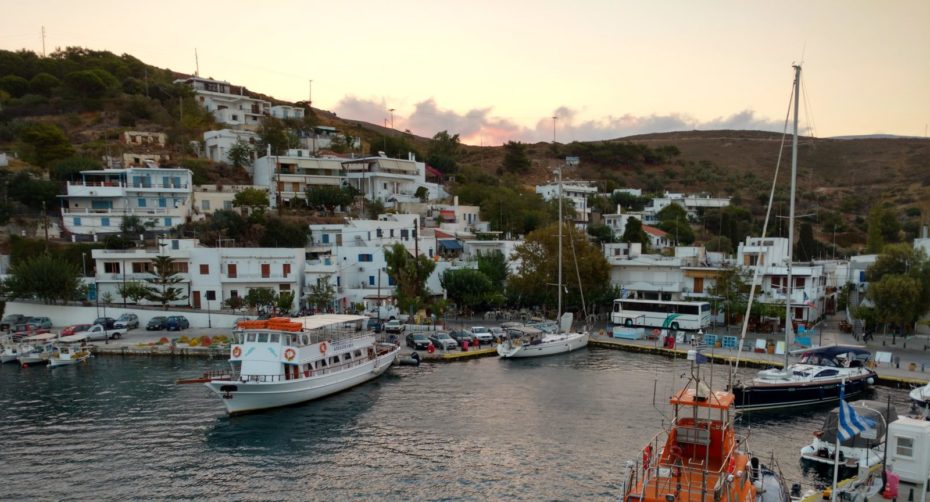 38°50’32.7″N 24°32’13.8″E Skyros, the southernmost of the Sporades, an archipelago in the Aegean Sea, is not among the better known Greek islands, but it has a devoted following which comes back year after year, drawn by its many unique features.

In Skyros green and blue coexist in total harmony, creating landscapes and enchanting images of beauty. Picturesque villages are scattered mainly in the northern part of the island, each one with its own distinctive beauty.

The island has seen a major increase in its visitors during the last four years at a rate that exceeds 40 percent, compared to 2015.

The years when the Central Aegean island was not among the most popular Greek destinations are over. Skyros is gradually becoming globally known for its beauty and this is reflected with the prizes won at international tourist exhibitions, such as ITB in Berlin.
The main town (Hora) is built on a hill topped by a castle, itself topped by the monastery of Saint George.

There is no other way to get around its narrow alleys but to walk, and the whitewashed houses seamlessly merge into each other. One can smell the jasmine, while peering through open doors and windows at living rooms traditionally decorated with colorful ceramics and finely carved wooden furniture.

British poet Rupert Brooke died near Skyros during the First World War. Apart from his tomb, he is commemorated with a statue in a square at the north end of town, from which the view of the Mediterranean is breathtaking.

The Skyrian pony is one of the highlights on the island. They can be found running wild on the central plateau and placidly foraging in farms.

The story of their origin is intriguing. One theory is that they are descendants of the breed of horses used by the cavalries of armies in Greece in the 5th century B.C.

On Skyros you can bask on some of the most beautiful beaches in Greece. Crystal clear waters, golden sandy beaches and stunning landscapes dominated by pine trees reaching down to the shore make up its breathtaking scenery, ideal for blissful moments of relaxation.

The closest beaches to Hora are Magazia, Molos, Papa to Houma and Lino. The extended sandy beach of Molos is among the most cosmopolitan spots on the island. To the north of the island, you can opt for the beaches of Petritsa, Kyra Panagia, Agios Petros, and Theotokos.

The following video highlights the unique moments that a visitor of Skyros can enjoy. It is voiced over by actor Johnny Theodoridis. Production: presence.gr, via: Giannis Kiriakidis