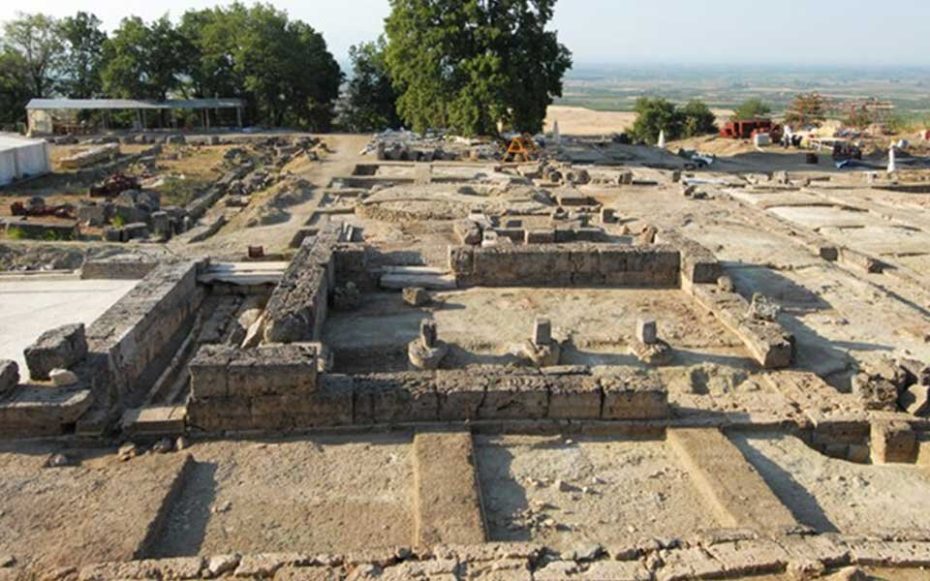 In this building, part of which was excavated in 1957, when no one even knew it was the palace, the Greek king Macedonia grew up while in the arena located a short distance from the building the young prince played sports with the children of the aristocracy and swim in the huge swimming pool exercising their body.

“The palace had a public character and in it was the room where the banquets took place, the room of the throne”, explains the head of the Ephorate of Antiquities of Pella, Elisavet Tsigarida. She emphasizes that the works in the area are currently underway and notes that the site can be visited in the summer of 2021 if everything goes according to plan.

The visitor will see in front of him the floor plan of the palace, at the foundation level while the goal of the Ephorate of Antiquities is to present a digital tour of the Visitor Center which is expected to be built in 2023. There you will be able to see the digital representation of not only the palace where the Macedonian king was born and raised but of the whole building ensemble which consisted of seven huge buildings, with inner courtyards, corridors, stairwells, and galleries that were connected to each other.

The building ensemble is seventy acres

“The total area is around 70 acres. These dimensions can be understood if we take into account the fact that Pella was then the capital of the Macedonian Kingdom. Initially, the palace was smaller but was expanded after the campaign of Alexander the Great in the period from 320 to 250 BC. It was a time of great prosperity for Macedonia, while the wealth of the palace was also known. We should not forget that throughout the third and second century B.C., Pella was the center of the Macedonian Kingdom, one of the most important states of the time”, Ms. Tsigarida comments.

These were, after all, the reasons why the palace was looted by the Romans who when the Macedonians were defeated in 168 B.C. came straight to Pella. According to the head of the Ephorate of Antiquities, “the Romans did not destroy the city but looted the palace, where of course the treasures were. They even took the king and his family as slaves in Rome, showing their triumph. The fate of the royal family was very hard while the palace was no longer used. However, the city continued to exist during Roman times, as the Via Egnatia, a road that connected East and West, passed through it”.

Source: The palace where Alexander the Great was born opens its gates to the public | protothemanews.com