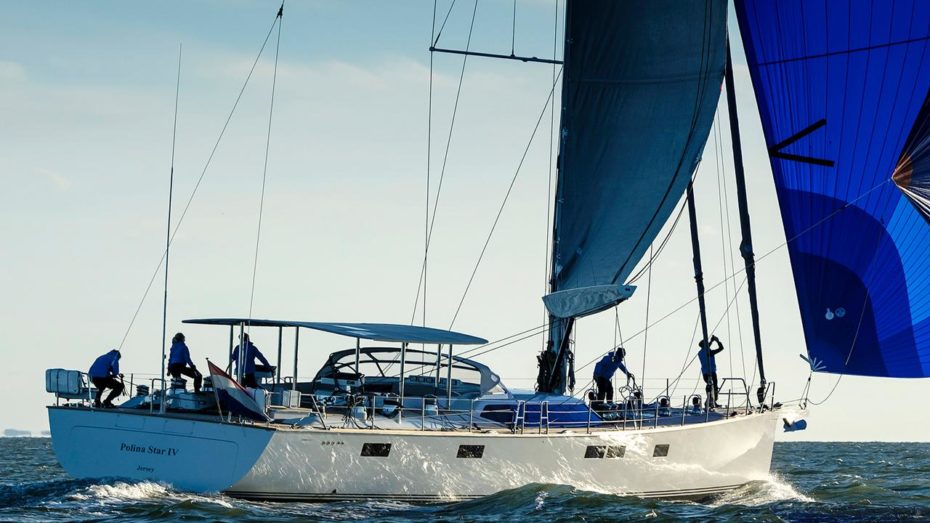 Following a handover in November, Polina Star IV has already set sail from Holland for Elba in Tuscany.

Polina Star IV was commissioned by an owner resuming an interrupted world voyage and is his third Contest yacht to date.

The yard said the yacht “shines as an example of just how far semi-customization can be taken”.

She comes with modern-classic interiors by Wetzels Brown Partners of Amsterdam, who previously styled the current Contest flagship PH3, which launched in 2012.

The hull form is based on the successful Contest 67CS, which naval architect firm Judel Vrolijk & Co has extended with a moderate-shallow underbody running back from the lightly raked bow to a soft-chined, broad stern. She is fitted with a single rudder and twin helm stations.

The layout is semi-customizable, with owners able to choose either an aft or a forward master cabin configuration. She can accommodate a total of nine guests.

Polina Star IV incorporates much of the owner’s and his skipper’s own design, the yard said.

This has resulted in most of the forward section of the boat being given over to the crew and boat management while the galley is located back aft “for an owner as interested in cuisine as cabin comfort”.

She has been designed with a self-sufficient sail plan for a crew of two.

Contest has paid particular attention to reducing noise and vibration throughout, with high levels of sound insulation fitted to the engine room.

Safety is also a prime concern, with every cabin fitted with its own emergency escape hatch accessible via a ladder. The yacht is also fitted with a big volume water pump in case of flooding or firefighting.

Built to Lloyd’s Registry standards, the Contest 85CS features a 6.4-meter beam, a maximum draught of 3.79 meters and a 260hp Volvo Penta D4 engine, while the 2,500-litre fuel tank should allow for extended cruising under power.

Skipper and project leader Alessio Cannoni said: “We plan to sail all conditions, from five to 50 knots. I like to consider engines as just something to help when there’s really no wind, and just to enter and exit anchorages. The rest of the time we sail.”