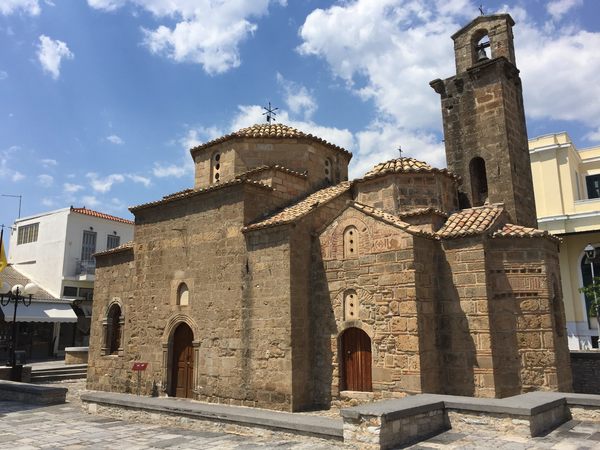 After the fall of the Despotate of the Morea in 1460, almost all of Greece was under Ottoman occupation. On March 23 1821, Theodoros Kolokotronis, his nephew Nikitas Stamatelopoulos (known as the “Turk Eater”), cleric Gregorios Papaflessas, and other revolutionary leaders led a revolt against the occupying Ottomans. This revolt eventually resulted in the liberation of Kalamata.

After the final victory, the local population assembled in front of the Church of Agioi Apostoloi, a medieval Byzantine church in the center of the Kalamata town square. There was held the first Greek Orthodox mass on free Greek territory in over 360 years. The Greeks then made a formal declaration of independence in front of the church and then took an oath of loyalty to the revolution. The Greeks continued with their efforts and eventually achieved full victory and independence in 1832. 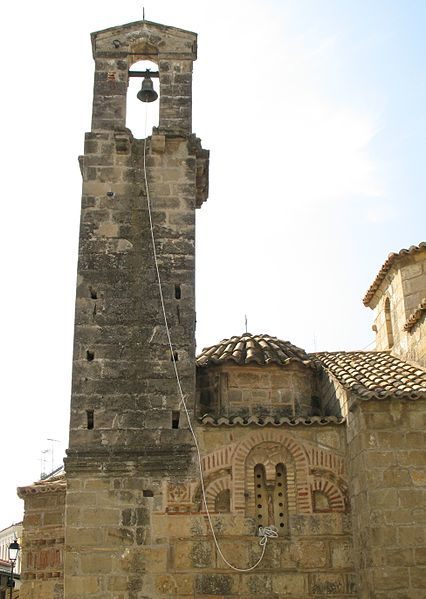 The church continued to serve the community until it suffered earthquake damage in 1884, which included the partial collapse of the bell tower. It was repaired and continued to serve until it suffered even more significant earthquake damage in 1986. During this rehabilitation, the church was restored to its original form and frescoes dating to the Venetian occupation period were further restored. Currently, the church is maintained by the Holy Metropolis of Messenia, is under the jurisdiction of the Church of Greece and is considered one of the most historically important buildings in the country.

Know Before You Go

The open hours for the church vary. The church hosts a celebrates for the heroes of 1821 annually on March 23. Additional festivities that day include a parade that passes near the church and re-enactments of the liberation of the city. Dress codes vary from church to church in Greek Orthodoxy. If you wish to enter the church, a proper show of respect to the church and its members is achieved by modest clothing and proper behavior. For men, shorts, tank tops/sleeveless shirts, and sandals/flip flops are frowned upon. Women’s shoulders should not be shown in church, so anything strapless or with thin straps should be avoided. Skirts and dresses should at a minimum come below the knee. Some churches ask that no leg be shown. Feet should be kept on the ground when seated as it is considered insulting for the bottoms of feet to face holy images.