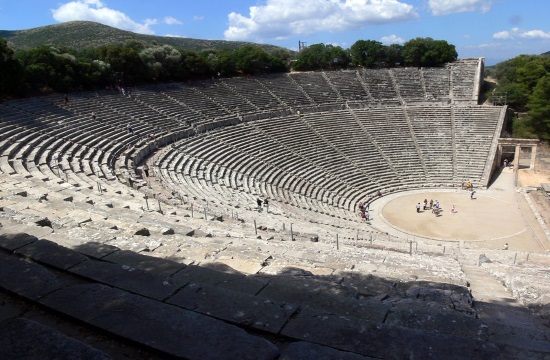 Looking for an extra special summer experience? Why not combine a yacht holiday with a visit to ancient theater of Epidaurus.

Festival art director Vangelis Theodoropoulos noted that this year Epidaurus Festival’s schedule was released before that of the Athens Festival to ensure it gets in the hands of visitors from abroad on time.

The performances begin on June 29 and 30 with Aristophanes’ comedy “Acharnians” (directed by Costas Tsianos), and will wrap up on August 17 and 18 with Sophocles? tragedy “Oedipus at Colonus” (directed by Yiannis Kokkos, with the Syracuse Festival’s Institute of Ancient Drama).

In addition to performances, the Epidaurus Lyceum international summer school of ancient drama will offer two cycles of classes for college students and performance academy graduates on the theme of “City and the Citizen”. Cycle A runs from July 2 to 16 and Cycle B from July 18 to August 1, 2018. Participants will present two plays (July 15, July 31). Last year, 121 students from 11 countries attended the events.

For the full program for 2018 check the greekfestival.gr website.